With the new version I FC 4.3, the construction sector makes a significant leap forward towards the digitalization of infrastructure in openBIM format.

The new bSI (buildingSMART International) standard has been created to extend the benefits of the IFC also to so-called “horizontal resources” and linear infrastructures, such as roads, railway tracks, bridges, aqueducts.

With the innovative tools that I will introduce shortly, generating IFC 4.3 models of existing infrastructures will be possibile. Thanks to digital technologies (laser scanners, LiDAR, drones and photogrammetry) it becomes possible to apply Scan To BIM processes, i.e. reverse engineering operations, which allow to recreate digital models in open standard formats (openBIM) also for infrastructures.

This is a long-awaited step forward, which finally facilitates interoperability between vertical BIM (buildings) and horizontal BIM, extending the use of the IFC format and the benefits of openBIM, also to infrastructures.

This article will introduce some new software and tools within the bSI working group, with the aim of testing and producing the operating instructions on the modeling of the new IFC 4.3 standard.

In the final part of the article, it will be possible for you to navigate the model of a bridge (the Acerno viaduct) directly from your browser.

Before starting, it is advisable to make a very brief introduction on the IFC format, to better specify what is meant by IFC 4.3.

The IFC (Industry Foundation Classes) is an open, non-proprietary format, developed to define the geometric and alphanumeric information of buildings, prefabricated products, electrical systems, etc. and support the exchange activities among construction sector professionals, throughout the entire life cycle of the work.

The IFC format is used by designers, suppliers and contractors to exchange data, even among users using different software. It represents, in fact, the common language, the standard for the transmission of information.

It is important to establish in first place, the Model View Definition (MVD) and the file format to be used.

The first version of the IFC, IFC 1.0, came into use for the first time in 2000. Since that date, the IFC format has undergone a number of evolutions.

The evolution of IFC standard

As the original name suggests, IFC 4 is not a completely new scheme but rather an improvement on the quality of the existing IFC 2×3 format.

In summary, the improvements provided by IFC version 4 are described by buildingSMART as

In addition, for more details, I recommend that you refer to the buildingSMART International change log.

The IFC 4.3 format is the result of a multi-year international process carried out by two major buildingSMART projects: IFCRail and IFCInfra.

ACCA software has been active for years on the diffusion of openBIM and the use of IFC format for infrastructures and has participated at the forefront for both these projects as a software vendor, providing know-how and technology and implementing the new features of the standard.

The case study that we are about to look at is taken from a project within the buildingSMART International working group called “IFC 4.3 AbRV: TI Bridge”. In particular, it is an IFC Bridge model created precisely to verify the feasibility of the implementation of the Test Instruction proposed by MINnD. The acronym stands forModélisation des INformations INteropérables pour les INfrastructures Durables and refers to the French national research project for the development of the construction sector, supported by the French Ministry for Ecology, Sustainable Development and Energy. The aim is to produce operating instructions that serve mainly as a guide for the digitization of bridges and viaducts.

These instructions are applicable to several use cases and define the basis and scope of the new MVD (Model View Definition) AbRV:Alignment Based Reference View .

This working strategy also represents a new way of developing the software certification process by buildingSMART.

With this case study, ACCA software has shown how, starting from the Test Instruction, it is actually possible to produce models complying with the IFC 4.3 specifications, using the instructions as an operating base. View the properties of an IFC model with usBIM.browser

The product model will be delivered to buildingSMART International which will make it publicly available as a good export practice in the new standard and will be used and shared with other industry stakeholders to demonstrate the use of IFC 4.3 in the world of linear infrastructure.

The aim of the working group is to demonstrate the feasibility of digitising most of the existing viaducts. For this reason, a classic viaduct has been modeled in prefabricated beams precompressed with omega, in simple support. This type represents about 80% of the construction.

A concrete example: the Acerno viaduct

Here is a practical example of what can really be achieved with the IFC4.3 standard and the appropriate tools.

Thanks to the integrated usBIM system and the usBIM.browser webApp you can directly navigate the IFC model with a common browser (Google Chrome recommended).

Below you will find the 3D model of the viaduct with which to interact using the appropriate commands located at the bottom of the screen.

You can view the model in 3D by navigating with the orbit and first person command, read the IFC properties on the right by selecting any object in the model, generate infinite sections and reports, activate the view with shadows, make measurements directly on the model and even navigate it in immersive virtual reality with a special viewfinder.

New features introduced by bSI in the new standard

IFC spatial organization is the framework of the standard that serves to give an organization and to manage all the objects (physical and not) that make up the infrastructure model. 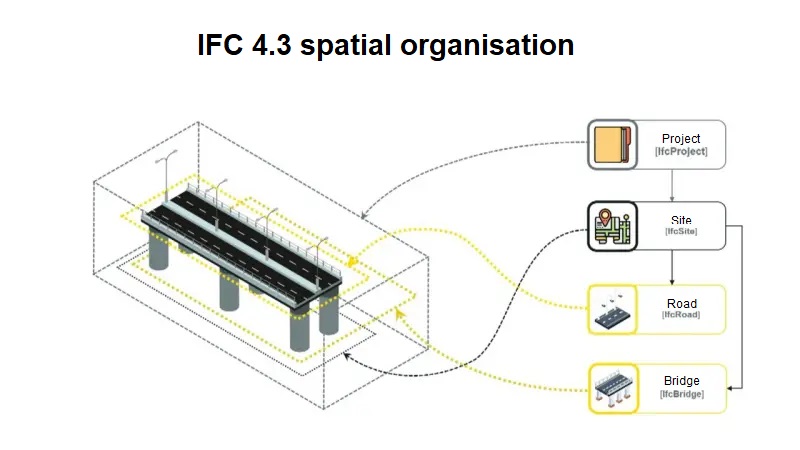 Usually, within the standard, the spatial structure was composed of four levels that identified

In order to extend the new standard to linear infrastructures and adapt the structure scheme, it was necessary to introduce two additional classes:

Therefore, the model of an infrastructure will necessarily have an ifcProject class and subclasses like one or more ifcSites (which indicate the reference site of the model and to which the territory information is associated). Right below the ifcSite there can be ifcFacility related to the road or bridge (depending on the type of infrastructure being modeled). Finally, even further below we find this new abstract class that is the ifcFacilityPart. This class hierarchizes the linear infrastructure according to its components. In addition, there are two more attributes defined by the standard:

Another very important concept introduced by the standard isAlignment.

To summarize,Alignment is essential to define the geometry of the infrastructure model and the positioning of the objects that compose it and to establish the safest travel movement for the vehicles that use the asset. The segments that compose it are characterized by static and dynamic properties. Static when it is possible to measure it directly on site, dynamic when it concerns the segment but it is not possible to measure it on site (for example the superelevation deficit).

With this methodology, it is possible, for example, to create the model of a viaduct (but also of a railway, or a road, etc.) by using the definition of an Alignment that geometrically and semantically describes the axis of the viaduct.

You can generate more than one Alignment for a single model based on the paths you want to model. Basically, the 3D model will no longer be positioned according to a set of Cartesian axes but only in relation to the Alignment we have drawn.

Another new concept is geometric block modelling. The blocks are conceived as bricks to assemble that generate a real code. It is a straightforward method of programming that is based on a workflow in which it is necessary to establish how many and which objects assemble the structure, where to place them and what shape they have.

In this regard, at the buildingSMART summit in Montreal, ACCA software presented the model of a bridge that reflects all these concepts introduced by the new IFC standard. The model was structured and broken down as required by the new IFC 4.3 standard and was modeled using the Alignment concept.

In addition, with usBIM.refactor, it is possible to create IFC 4.3 files starting from any BIM model even federating several models and then obtaining only one IFC file. Moreover, it is possible to transform an IFC with generic properties into an IFC 4.3 file with all the properties of the new buildingSMART International standard for openBIM digitization of infrastructure, bridges, roads, railways and much more.

So, in this way, you can get a new IFC model that is complete and always up-to-date and compliant with the latest IFC standards. This allows you to 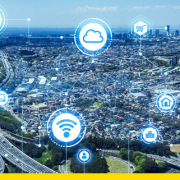 Role and uses of GIS in smart cities 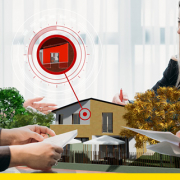 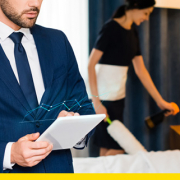 Hotel facility management: what is it and what are the benefits 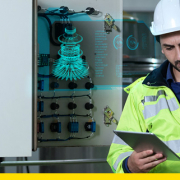 What is Proactive Maintenance? Here are 3 key examples 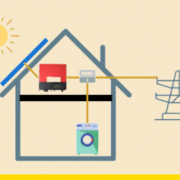 Types of photovoltaic systems: characteristics and advantages
Subscribe to our Newsletter