You are here: News1 / Photogrammetric survey what it is and how to get it in 5 simple steps

Photogrammetric surveys allow the collection of spatial and metric data directly from an object by means of image acquisition. Get more info in this insight.

In topography, cartography and architecture, the image acquisition of the surrounding reality is a very important process, subject to continuous technology advancements.

Photogrammetry, in particular, has offered all AEC professionals a myriad of new possibilities. This technique, in fact, allows to carry out surveys way much faster, obtaining a 3D representation of the as-built, called point cloud.

If you are entering the world of photogrammetric survey now, I recommend that you immediately try a free point cloud to BIM software with which you can transform, in a few simple steps, the point clouds obtained from a survey into a BIM model.

Let’s find out now all the peculiarities of a photogrammetric survey.

What is a photogrammetric survey?

Photogrammetric survey is the process that detects an object, a construction or the surrounding environment. The aim is to obtain a three-dimensional model that will be useful for determining shape and extracting measurements, but above all for the generation of a BIM model.

Photogrammetry was born as a technique that allows to acquire the metric characteristics of an object through the acquisition and processing of photographic images. The first applications were performed with stereoscopic frames, that is, two distinct frames that capture the very same object.

The evolution of these techniques has led to the SfM (Structure from Motion) techniques that allows you to obtain a three-dimensional point cloud from multiple photos taken according to precise criteria. Development of the photogrammetry

A photogrammetry is classified according to the capturing method and the processing types.

Depending on the capturing method, you may have:

Or, depending on the type of processing method, you may find:

The data collected by photogrammetric surveys allow the following outputs:

How can I create my own photogrammetric survey?

To make a photogrammetric survey you need a digital camera – if it is a terrestrial photogrammetry – or a drone -if it is aerial.

If you want to detect an object or a construction with a camera, it is important to study the object to be detected:

Photogrammetric survey procedure of a facade

Drone photogrammetry is very useful because, thanks to an aerial survey of the site, it allows you to obtain numerous details of every single part of a building: How to get a 3D model from a photogrammetric survey: 5 simple steps

To obtain a 3D model from a photogrammetric survey, it is important to follow 5 simple steps:

The point cloud can be transformed into a BIM model through the use of a point cloud to BIM software. From the realistic model of the detected object, it is possible to easily obtain sections, elevation views, level curves, renderings, videos. You can immediately test the trial version of a point cloud to BIM software, a really powerful tool that allows you to automatically recognize the different elements present in the model and minimize the possibility of errors.

What are the advantages of using photogrammetric surveys?

Carrying out a photogrammetric survey has many benefits compared to a traditional survey; in particular, there are a number of advantages, such as: 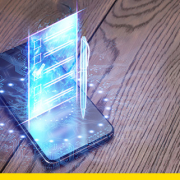 Building maintenance checklist: what is it and how to draw up one? 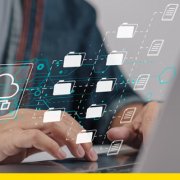 What are the 6 best practices for engineering document management? 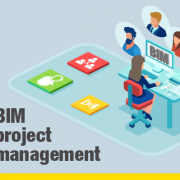 How does BIM help project management?
Subscribe to our Newsletter