Villa Malaparte as you’ve never seen it before with DWG drawings ready for you to download! Breathtaking interior and exterior renderings, 3D models and online project navigation

In the previous Architecture Focus we have introduced Villa Malaparte project: an example of single-family detached home built in Capri by architect Adalberto Libera from the vision of its owner, Curzio Malaparte.

Villa Malaparte is considered one of the symbols of modern architecture and an example of integration between rationalism and the surrounding environment.

Villa Malaparte – rendering made with Edificius

In this Focus Architecture insight we will look into:

You can  produce the working drawings that you prefer and even view the Villa Malaparte 3D project model online, without needing to install any external applications. Admire the originality of the architectural choices of this project located in one of the most charming places in the world.

Browse the project 3D model of Villa Malaparte in Capri

Villa Malaparte is a private house located on the island of Capri, in Capo Masullo, on a rocky cliff 70 meters long and 15 meters wide, facing the blue-green waters of Cala del Fico.

The Villa overlooks baia di Matermania and has a a unique view: the Sorrento Peninsula on the southeast side, the Faraglioni of Capri and the rock of the Monacone on the south side.

Villa Malaparte was commissioned to architect Adalberto Libera by the Italian writer Curzio Malaparte and was born from the (difficult) relationship between Nature and Architecture in a beautiful but inhospitable place.
Curzio Malaparte wanted the house to reflect his own personal character. He commissioned:

Adalberto Libera, one of the pioneers of Italian rationalism, is the architect who built Palazzo dei Congressi at the EUR in Rome and was well known for his futurist ideas.

After the first meetings between architect and his client, Libera conceived the first project ideas and outlined an initial volumetric setting in 1938, but the formal inventions that characterize it were undoubtedly coming from Curzio Malaparte.

The collaboration between Malaparte and Libera interrupted in the summer of 1938. The construction of the house took place with variations during construction without executive drawings and without the supervision of an architect or a site manager, but only under the guide of Malaparte itself, thus causing serious conflict with Libera.

Villa Malaparte represents an abnormal case. Till today neither executive drawings nor an architectural project of the building have been found.

Villa Malaparte is famous for its unmistakable parallelepiped shape stretching along the length of the promontory where it lays and perfectly integrating with the surrounding nature.

On the outside, the structure is connected to the sea by means of pre-Columbian style stairs.

An additional large staircase connects the ground and the flat-solarium roof.

The terrace is contoured by a white windbreak that curves across the flat roof in order to protect guests from indiscrete eyes.

The house has a a T-shape footprint distributed across several levels.

The main entrance is at ground floor, on the south side, and consists of a single crystal door.

On the same level, but in the opposite end of the house, there is a cistern.

The upper floor is largely occupied by a hall with a beautiful grey basalt floor, similar to an ancient Roman road. Four square windows are positioned on the four corners, while a fireplace is built between the two windows on the southwest side.

The monumental fireplace, with a curved hood that reaches the ceiling, is placed almost centrally on the major side and establishes the hierarchies of the space.

The master apartment opens on the smaller side of the living room: hallway, room of the Favorita and Malaparte’s room, with the respective bathrooms. Like the stern of a ship, the writer’s studio faces externally on three sides: on one side the Faraglioni, on the other the Punta della Campanella and on the third one the infinity of the horizon. This arrangement makes the relationship with the landscape particularly suggestive.

In the living rooom, next to the fireplace, there is a window framing the faraglioni like a painting!

The bottom of the fireplace firebox is not made of stone but has a glass that gives the opportunity to also enjoy the views through the flames.

The floor is a work of art. A lyre is painted on each majolica, a theme that Malaparte took from a sketch in the “Journey to Italy” manuscript by Goethe.

Villa Malaparte is built largely using traditional construction techniques and in relation to the surrounding environment.

Stone is the building materials predominant in the supporting structure, while bricks have been used for flooring and in the concrete in the horizontal areas.

The load-bearing walls are easily recognizable because of their thickness that is an average of 65 cm.

The internal dividing walls are mainly made of 12 cm perforated bricks.

The floors, including the roof, are in cast-in-place concrete.

The overall thickness of the intermediate floor is around 40 cm, while the roof has a variable thickness that depends on the slopes of the screed to allow the disposal of rainwater

The concrete slab with clay infill blocks is also used to build the structure of the fascinating splayed staircase leading to the terrace.

Particular attention should be given to the warping of the flooring of the staircase, completely covered with solid bricks, almost forming a natural carpet.

Bricks are arranged according to a particulr design.

For the external plasters, a traditional mixture of lime and pozzolana has been used having a good grip on the stone irregularities.

There is no type of insulation in the stratification of the roof, but only a waterproofing layer, which stops at the height of the brick perimeter. This solution gives many problems of water infiltration into the walls.

The internal plasters have been repaired with water, sand cement together with water-repellent  to remedy the brackish spots already present since 1941.

Fixtures, doors and the frames of the salon openings are alll made of wood.

The frames of the rooms and the smaller rooms are made without a crosspiece for the internal jointer.

This technological choice, which resulted not very efficient from a climatic point of view, was conceived and finally adopted by Malaparte because the openings did not look like windows, but “four large pictures representing four different views”.

Seasoned chestnut and oak are the type of woods mainly used for tables, the bookcase, the covering of the internal staircase.

The floorings range from decorated majolica tiles, found in most rooms, to the wood used in two guest rooms and in the Stube room; from the terracotta in the terrace, on the steps and in the external paths to the marble in the two master baths.

Have you seen the objects present within the house? Are you also interested in other BIM object libraries for your project?

See and download the Textures, the CAD Blocks and 3D Models for free!

Charming building, but not without flaws.

During the nineties, important recovery interventions were essential (in 1993 and 1996) to remedy the many constructive defects such as:

Then, in 1992, an anomalous storm struck the building which was already deteriorated due to its constructive characteristics, the aggressive conditions of the environment, the state abandoned for over 20 years and the incongruous repairs.

Thanks to these interventions today we have the opportunity to admire this masterpiece,
“mirror of the personality of a man who has made his essence eternal thanks to those colored walls and those unmistakable shapes, recognizable from any angle: from the sea, from the sky and from the ground”

https://biblus.accasoftware.com/en/wp-content/uploads/sites/2/2018/09/Villa-Malaparte-Libera-the-most-famous-house-in-Capri-with-the-complete-project-for-you-to-download-software-bim-architecture-Edificius.jpg 321 843 Newsroom https://biblus.accasoftware.com/en/wp-content/uploads/sites/2/2019/12/Logo_Biblus_2020.png Newsroom2018-09-04 13:46:342019-05-23 18:27:10Villa Malaparte: the most famous house in Capri with the complete project for you to download 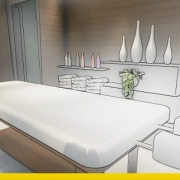 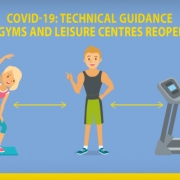 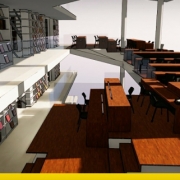 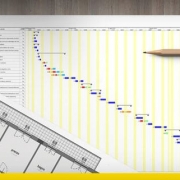 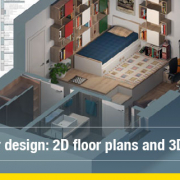 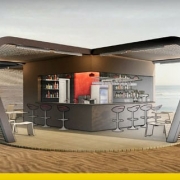 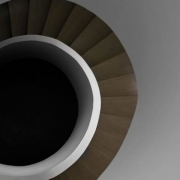 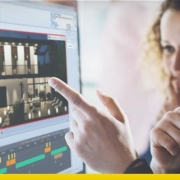 BIM modeling with parametric architectural BIM objects: what are they and how...