You are here: Focus Projects1 / BIM projects: the new Courthouse in Paris designed by Renzo Piano


The key idea behind Renzo Piano Building Workshop’s project in Paris was to regroup various law courts, which were originally scattered around different parts of the city, into a single structure. The 160-meter-high building  is situated in XVII arrondissement, between Boulevard périphérique and Martin Luther King Park, in the Porte de Clichy district and has become an important urban landmark, a vertical city of justice. 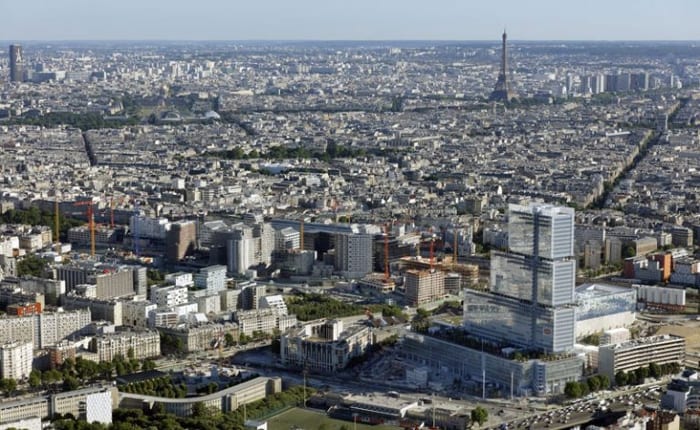 The new Paris courthouse in the city context

The sophisticated transparency and extreme brightness of its rooms are a beacon for the rebirth of the district, conveying a renewed vision of justice: a symbol of egalitarian opening towards the city. 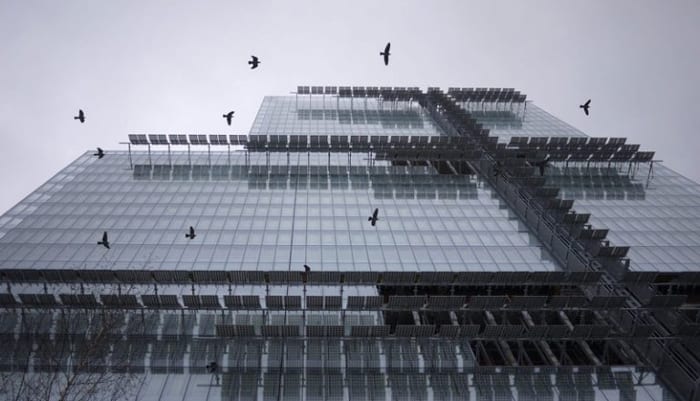 Detail of the glazed facade with solar panels

The space articulation of the new Courthouse in Paris is  far from the classical skyscraper stereotype.

In fact, from the large public lobby  and space arrangement  on the ground floor, an emptied  28-meter block serves as a plinth, which rises up in three different volumes, differently scanned in height and depth. The unusual step-like shape, different from a traditional towered structure, accommodates panoramic terraces that are densely equipped with green areas, representing an artificial vertical extension  of the Martin Luther King park and creating social and relaxing spaces for numerous users who crowd the building every day. Particularly, the rooftop includes a 7,000 square meter landscaped terrace with a large cafeteria. 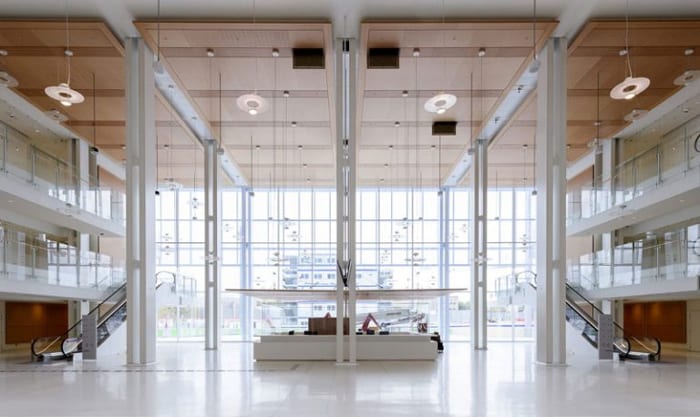 The symmetry of the side prospect on the eastern facade, differently from the opposite facade, is characterized by a panoramic lift, that breaks the continuity of the external surfaces while providing a privileged view on the metropolis.

Considering that the Paris Courthouse is visited by 9,000 people every day, one of the major challenges was to properly channel these streams and avoid visitors crossing into the paths of the operators of Justice. 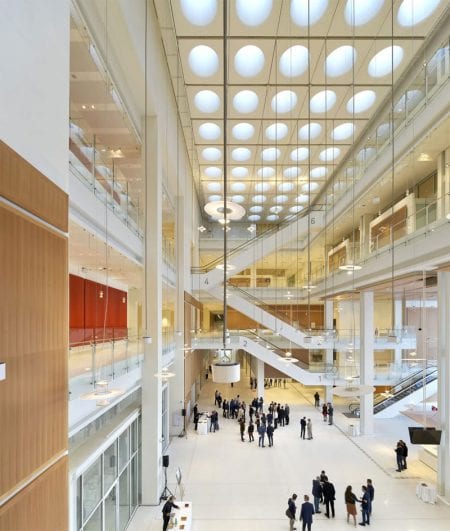 The Hall, called Salle des Pas Perdus,  visual reference point for welcoming and sorting the flow of people, allows the immediate identification of the horizontal routes and vertical connections through escalators and platforms, to access all the rooms such as the 90 courtrooms, the Auditorium, the Cafeteria and welcoming spaces.

50 lifts are installed throughout the entire building and facilitate access to the upper volumes that host offices and meeting rooms for magistrates, prosecutors and presiding judges. 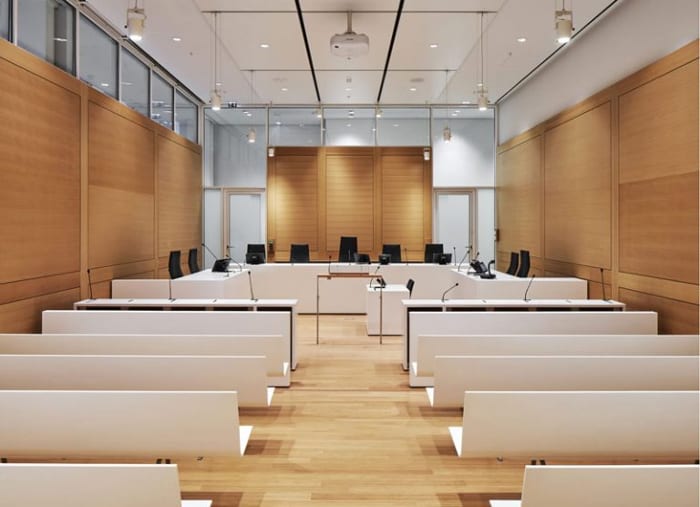 One of the ninety courtrooms

The building’s orientation allows solar radiation to enter the building through its glazing providing natural light to the offices.

This design choice, combined with the fully glazed façades, conceptually reinforces the idea of  transparency of justice. The glazed façades also reflect the continuous changes in the sky, the real context in which the building is immersed.

The tiered tower turns into a unique lamp at night time, lighting the areas below and conveying a reassuring and balanced light over the city.

The design of such a complex is based on  the BIM methodology- Building Information Modelling- in terms of composition and technology. This allows a continuous exchange of data and information and a collaborative way of working between different stakeholders, whether they be clients, technical experts, consultants or main contractors. In addition, it prevents and solves various problems relating to the overlapping of different design disciplines.

The beginning of the preliminary design process, is usually based on a craft-like approach and conceptual activity combined with graphical drafts, sketches and planning models.

The same thing happens when working with the BIM information modelling. Working with a digital model of the building immediately allows the design team to verify the correctness of their design concept in order to respond to functional, technical and regulatory requests together with the scope of integration of the new construction. 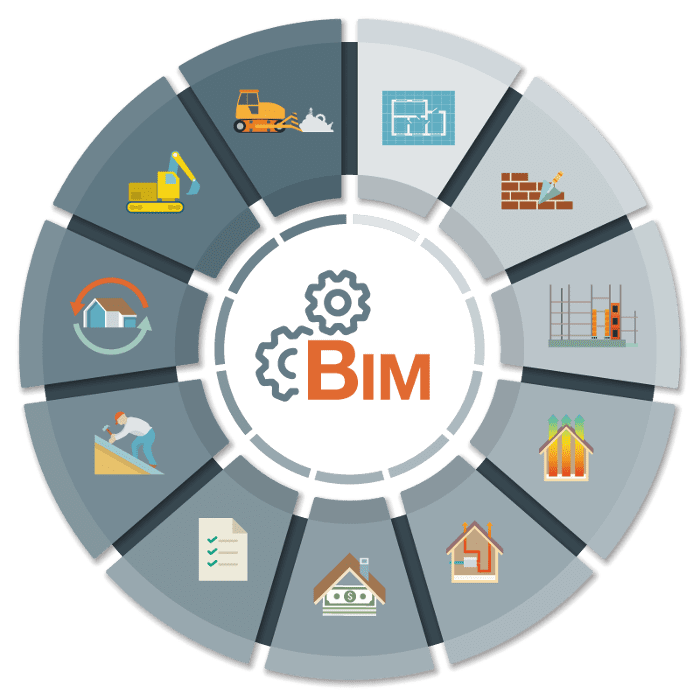 The BIM model resulted particularly useful to assess the workflows that are essential for this building typology and the logistics connected to its complexity, while being coordinated by a BIM manager that checked its correct development.

Another important detail is the fact that also the building company used the BIM model to monitor development of the construction site and the building costs. 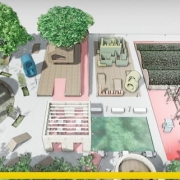 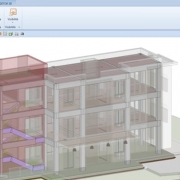 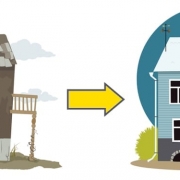 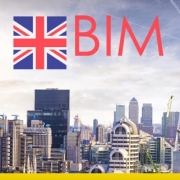 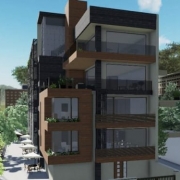 How to design a roof garden with a BIM software: the Cuboid House 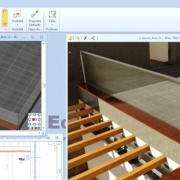 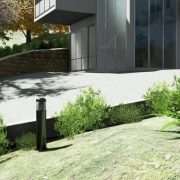